I’ve been wanting to write this blog for a little while now and I’ve just returned from the Vigil on Old Compton Street to show solidarity with the LGBTIQ folk across the world who are facing homo, bi and trans phobia and hatred within their communities and especially with the people affected by the massacre by a man with a gun shooting over a hundred people at the weekend most of them People of Colour (49 deaths and wounding at least 53 more). But many others have written eloquently about the Massacre, and so this blog isn’t about that.

This blog is about hatred, but not the shooting-your-neighbour-and-their-friends kind of hate, but the impact of what have come to be called the ‘Microaggressions of everyday life’.  The tiny sneers, avoidant gazes and snickers at someone else expense. Being basted with a toxic marinade every day and wherever we go. It’s a very subtle form of hatred that is done to us, and we do to each other.

I think we all know by now the emotional and psychological costs of Minority Stress on the lives of Gender, Sexuality and Relationship Diverse people. The elevated rates of depression and self harm, alcohol and substance misuse, and anxiety and other major mental health problems. The research has largely focussed on LGBT people and has shown much more elevated levels of mental health distress amongst bi and trans folk.

This is the impact of living on a planet where people are made to feel bad for who they love and how they express themselves.  Research seems to show that for many people finding ‘community’ and selectively sharing the information about one’s gender and/or sexuality, tends to have a positive effect on mental health.  There is even some evidence that being in a relationship is good for our mental health and can build resilience and have physical and mental health benefits.

But when you have found your tribe or community, and when you’ve found someone to share your life with, and maybe even marry them – does life get easier?  I’m not sure it does.  At least it’s not as simple as that.  Every time you reveal yourself

to be who you are you’re likely to receive some forms of micro aggression.  Whenever I hold a partners hand out in public, I will almost always encounter some micro aggression or when I’m pulling on my leathers to go to a bar in town for a drink on a Saturday night and travelling on the tube or bus, or when I’m wearing something fab-u-lous like the purple hat I’m sporting here, I will encounter someone else’s negative reaction.  These micro aggressions are most common when I’m amongst the hetero-majority.   People will see that I’m queer and respond accordingly, in a microsecond.  Probably before they’re even aware they’ve responded and if you see them – you will register the tiny micro aggression and it can eat away at your soul and if you don’t feel you have a soul, it will eat away at your confidence, in time.

When I was with a few thousand other wonderful people on Old Compton Street nobody seemed to care, but a few minutes walk away and my ‘gaydar’ detected two or three individuals who undoubtedly batted for our team and were very close friends with Dorothy, each of whom found a way to ensure I didn’t exist!

So we think by being out and proud and living our authentic life, and being our own special creation, everything is going to be fine and dandy – and most of the time they are. And sometimes they are not.  Sometimes, we can be as guilty about quietly spooning out this marinade over each other and THAT IS NOT GOOD.  We can see someone, especially someone who is looking more fabulous than we are, or behaving in a loud and outrageous manner and giving the game away and we too can ladle it out with a sneer or avoid their gaze, snicker, not want to be seen as like THAT! Not wanting to be one-of-THOSE-people. We can also do it when someone’s body-shape doesn’t match the gay or lesbian ‘ideal’, when someone is significantly older than the others in the bar or club, and when their gender presentation is outside what is considered the accepted cultural ‘norm’.  The years of having to hide, and pass and survive, leaves us all with a legacy, whereby we often, quite unconsciously, avoid acknowledging each other, we withhold our smiles of recognition and warmth for a kindred spirit and THAT IS NOT GOOD!

I think we need to continue to build community, celebrate diversity and be kind to each other and if someone is a bit more full-on or different than we are when we see them in the street, perhaps we can smile and wink and celebrate our differences and our similarities. 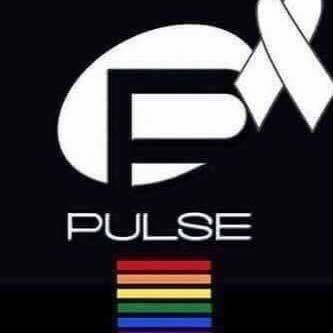 Sometimes events can change everything.  Other times, they serve to crystalise realities, (re)presenting the truths of our times.  Whether the tragic events of Orlando will have a lasting effect remains to be seen.  Right now, they serve as an awful lens through which we find ourselves reappraising our society.

For many, the events will have resulted in a desire to hug a loved one just that little bit closer, that little bit longer in the hours that followed.  For many, far too many, fifty at present, those loved ones are gone.  Lost in a hail of bullets delivered by a deeply disturbed individual with apparently a flawed sense of meaning, they can neither comfort nor be comforted again.  Desperate texts that have come to light suggest some of those at Pulse club drew their last breaths cowering in toilets as a murderous gunman unleashed his hate on the gay club…