I was introduced to a petition the other day that states a very direct request to the professional mental health community and those who ‘train’ the individuals who are going to become the psychotherapists and counsellors of tomorrow:

…to achieve meaningful change in the areas of Gender & Sexual Diversities (GSD) & Race to all Training Accreditation Bodies & their Member Organisations in the fields of Counselling, Psychotherapies, & Psychologies.

It reminded me of a nice little line from a lovely song I know which says “you can’t know anything new until you change where you stand”. (Allie Moss, Prisoner of Hope)

My own life experiences and discussions with others around alternative or radical sexualities and what it actually uncovers for people, showed me that there are many, many different nuances going on psychologically for those who ‘do’ explore themselves this way and it got me thinking. That it is beholden on the professional mental health community to really understand what is going on here, to even begin to be able to say that they can effectively ‘work’ with those whose lives are really touching this level of self and universal awareness. Or begin to help those who have feelings about or are starting out on their own journey of discovery in this way.

It would feel professionally and ethically negligent for me to be a mental health professional and ‘not’ have any clue or understanding, not only for what exactly ‘is’ going on internally for those who identify as gender or sexually diverse, but also for how that effects their ongoing mental and spiritual development. Or for how much potential damage could be caused to somebody who came to professional therapy and was totally ‘mis’ understood or ‘unseen’ in terms of who their authentic ‘self’ really was, because they didn’t feel comfortable, or couldn’t bring all of themselves into the therapeutic environment?

Of course there are going to be circumstances where there could be negative repercussions of somebody’s exploration, dependent on that person’s emotional well-being in the first place, but to lump everybody into the same mental space and state confidently, for example, that:

“Those who engage in sadomasochistic activities want, in an unconscious and silent way, to control and dominate the other, so as to manage feelings of intense anxiety. People who engage in sadomasochistic acts can’t tolerate mental pain. They replace mental pain with physical pain and in so doing feel triumphant over emotional suffering. They find it difficult to tolerate sadness, hurt, rejection, and other ordinary painful human feelings, and rid themselves of them by inflicting them, so to speak, on the body of the “other”,

as a consultant at the Portman Clinic was quoted as saying in a 2008 Guardian article on ‘inside the minds of the sadomasochists’, (‘the sadomasochists’? Talk about negative othering right there!), strikes me as not only experientially and humanly ignorant, but also disturbingly dangerous.

Psychotherapists are often called ‘guides’ or ‘consciousness scouts’, particularly in the more relational and transpersonal therapies, walking alongside their clients for a time, at a certain period of their lives, to help them see who they are and who they could be. The psychological world that psychotherapists and counsellors ‘work’ in, is often referred to as our clients’ internal landscapes.

Well, I would suggest that you can’t be an effective guide to anyone if you haven’t even traversed over territory that is similar to the landscape in our clients’ internal world. It would be like being responsible for leading someone up Everest safely because you’ve been up Snowdon a couple of times!

For the time being, the likes of Pink Therapy are one of the few organisations who offer professional development courses on GSD (Gender and Sexual Diversities) for those professionals who are interested in expanding their own education and experience. But these tend obviously to be attended by those who ‘choose’to find out more themselves.

In the mean time, isn’t it about time we included a bit of serious mountaineering skills in the training of all our future professionals?

©Nick Field June 2014
Nick has an MA in Gender & Sexuality and is training to be a psychosynthetic psychotherapist at the Psychosynthesis and Education Trust in London. 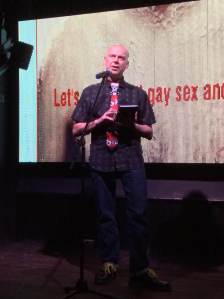 I want to talk about Sober Sex which is I know from my clients is a huge challenge for many guys who are trying to stop or recover from Chemsex.

I come to this topic as a clinical sexologist – which means I’ve studied a wide range of sexualities and worked with a lot of people over my 30+ year career as a therapist, helping them with a range of sexual problems. I’m also coming to this topic as someone who has been a sexual adventurer exploring alternative sexual practices and lifestyles from the inside.

It was quite shocking to read this morning that Crystal Meth gives someone 1250 units of dopamine compared to the 200 units released during sex. It got me thinking…. how do they measure this? I’ve had plenty of mind blowing sex and it’s really hard for me to imagine the high that Meth would give me that could beat that.

I’ve also occasionally had some very mediocre sex. I wonder if the 200 unit measure was from the kind of very ordinary mundane sex, the kind that you want over and done with so you can get to sleep as you have an early start in the morning.

But the point of the article was more about the down-regulation of the dopamine receptors as a result of having been overloaded with Meth and how it’s hard to feel normal happiness and pleasure again.

I’m quite an optimist and I am wondering if that’s actually true and permanent or if that can be fixed?  I’m wondering whether nutritional therapies like Tyrosine which is an amino acid and works as a precursor to dopamine could increase Dopamine and restimulate the neurochemistry?  So perhaps it’s worth consulting a Clinical Nutritionist for advice.

I’d encourage those of you struggling to have sex sober to explore these kinds of things. I’d also urge queer practitioners of any of these different disciplines to offer their services to build a body of knowledge and experience of what works.  I’d really love to hear more about this from anyone on the journey.

Brought to you by: BestCounselingDegrees.net