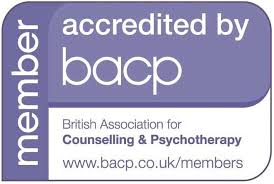 I feel incredibly let down by my professional body – an organisation I have been a member of for almost 35 years and where I am a Senior Accredited Counsellor/Psychotherapist and a Fellow.  They have indicated that they are likely NOT to be signing up for a revised Memorandum of Understanding on Conversion Therapy which would be extended to include trans and asexuality.

I am so frustrated by their constant inaction and lack of understanding the issues that I am resigning.  Here are some of the reasons why:
As LGB and T people are over represented in the therapy-consuming population, due to demonstrably higher levels of mental distress and self harm there is an obvious and urgent need for counsellors to be able to provide skilled therapeutic support.

This is a rapidly changing field in terms of our knowledge about gender and sexual minority groups, language and concepts are continuously shifting especially with regard to trans issues.

There has been fairly recent legislation affecting LGB and T people’s rights, which therapists are likely to be unaware of.  BACP has an obligation to ensure that therapists are to be kept up to date on all this.

Consistently research has demonstrated that LGB and T people have felt poorly served by therapists.  As BACP is the largest counselling professional body it’s likely to be the case that there will be a great many members who have not responded appropriately.

The MoU v1 items 18 and 19 make it an obligation that members of the signatory bodies i.e. BACP counsellors should be adequately trained to know how to best respond when someone presents with confusion over their sexual orientation or is seeking a reduction in their same sex attraction or a ‘cure’.

“18 Those with a responsibility for training will work to ensure that trainings prepare therapists to sufficient levels of cultural competence so they can work effectively with LGB clients;

19 Training organisations will refer to the British Psychological Society guidelines on working with gender and sexual minority clients when reviewing their curriculum on equality and diversity issues;”

BACP took two years to resolve a case where someone (an undercover journalist investigating gay cure therapy in Britain) sought the help of a BACP Senior Accredited therapist (Lesley Pilkington) and was offered ‘gay cure’ therapy.  One of the major obstructions in the complaints process was to be able to find an unbiased/neutral complaints panel. I think BACP were also very scared that Pilkington was being defended by the Christian Legal Centre. BACP subsequently wrote to all members making it clear members were not to engage in reparative therapy, but have done very little to improve the confidence of therapists to know how best to respond to such requests from clients since then.

“14: For organisations with practitioner members, each will review their statements of ethical practice, and consider the need for the publication of a specific ethical statement concerning conversion therapy”

Today, I was informed in a “courtesy call, as a Fellow of BACP and someone very involved in these issues” that BACP don’t want to create an ever growing “list of orientations and conditions” [my emphasis], when the Ethical Framework already has principles which make unprofessional and incompetent practice unethical.

They want to just rely upon their Ethical Framework (and there is a new one out in July) which is based on ethical principles, currently they are: autonomy, trustworthiness, beneficence, non-maleficence, justice and self respect.  http://www.bacp.co.uk/ethical_framework/ethics.php to ensure members act appropriately and ethically.

However, how are therapists supposed to be able to deliver competent and ethical therapy without specific training about gender, sexual and relationship diverse clients?  For example, without knowledge of the specific mental health needs and socio-cultural contexts in which minority stress and micro aggressions contribute to much higher rates of depression, suicide and self harm, (with bisexuals and gender variant people having significantly poorer mental health than lesbians and gay men).  Research into self harm amongst trans people shows that over 40% of trans people have attempted to take their lives or self harmed, about how relationship dynamics are often different amongst LGB people; about working with gender variant young people.  There has been a 400% increase in referrals to the child and adolescent Gender Identity Development Unit at the Tavi and many therapists in community settings are working with young people and their families around gender identity issues.  We are increasingly hearing stories from trans people about poor understanding of their issues.  Including accounts from gender non-conforming young people being encouraged to follow to gender roles appropriate to the sex they were assigned at birth (i.e. boy’s shouldn’t play with dolls or dress in female clothing etc).

I think BACP are failing to support their members in learning how best to respond to gender, sexual and relationship diverse clients.  The occasional article in the Therapy Today does not count as adequate attention to the training and development needs of it’s members.

It’s my view that BACP has become a large bureaucracy which has failed to use it’s power and resources to address the failures of the counselling profession to improve the quality of therapy for gender, sexuality and relationship diverse clients.

The decision as to whether to re-sign for an revised MoU inclusive of Trans and Asexuality has been referred to the Board of Governors who meet in March.  It’s been indicated to me that it’s likely they will feel signing up will not be consistent with BACP’s policy and practice.  I seriously doubt the Governors of BACP will be a particularly well informed group of individuals who will have their finger on the pulse regarding trans and asexuality issues so this a great way for the Executive of BACP to pass the buck. I’d be curious to see any briefing papers they have prepared for the Board on the issues involved in whether to sign back up to MoU v2.

I was proud to be made a Fellow of BACP back in 2007 for my “distinguished service to the field” but that award has been pretty hollow given how BACP have rarely sought advice and guidance on what they might need to be doing to meet the needs of their membership with regard to helping counsellors improve the mental health of our communities.

My BACP membership is due for renewal next month, but I will not be renewing and I will instead be taking up membership of a smaller but much more responsive professional body – the National Counselling Society who have indicated that they have voted for an inclusive MoU v.2 and that my status of a Senior Accredited member can be transferred to their organisation and that their Professional Standards Committee would welcome my application for a Fellowship.  They are also keen to have have my expertise contribute to the way the organisation might support their members.

Perhaps other disaffected members of BACP might want to consider whether they want to continue their membership!