In June 2007, I was delighted to receive the British Association for Counselling and Psychotherapy’s highest honour for “distinctive service in the field of counselling and psychotherapy” when I became a Fellow. It was something I’ve always been very proud of, not least because the Organisation tended to only confer Fellowships upon people who have chaired their internal committees and that held no interest for me. One of the other people honoured on the same night was my friend and co-author Professor Lynne Gabriel who the following year went on to Chair BACP’s Board of Governors.

However, as the years have gone by, I’ve become an outspoken critic of BACP. If you just flick through previous blog posts, you’ll see I probably blog about them more than any other topic!

This time last year, I decided to save my £200 and not renew my membership. I’d been a member for 30 years. I’d threatened to do it the year before when BACP was dragging its stilettoes about extending protections to trans and gender-expansive people about expanding the Memorandum of Understanding (MoU) on Conversion Therapy. My actual resignation brought a request from the Chief Executive and current Chair of Governors to meet with me to hear my grievances. I was incredibly surprised by this consulted widely to ensure I could use the opportunity to explain the widespread dissatisfaction with the organisation. At our meeting, they received a 13-page document of comments and concerns from members of our Pink Therapy Facebook group and six critical points for my motivations for leaving.

Apparently, I was permitted to remain a Fellow even if I wasn’t a member, and for sentimental reasons, I decided to continue to do so. But with recent events, I’ve changed 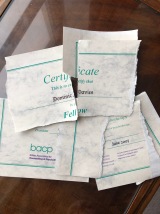 my mind. I am renouncing my Fellowship as I feel incredibly angered by their incompetence and duplicity. I realise this is an empty gesture as probably no-one gives a fuck, not least anyone at BACP, but I feel contaminated by associating my name and reputation with theirs. I’ve had enough of them!

The debacle in the latest issue of Therapy Today whereby the editor (despite having been informed of the transphobic nature of an organisation called Transgender Trend (TT) decided to publish two letters effectively advocating for conversion therapy for trans teens and in clear breach of BACP’s undertaking to support the MoU. Incidentally, neither of these two letter writers was a member of BACP. Within 24 hours around 600 people (many of whom are therapists working with trans clients) signed a letter of concern to BACP. I was furious to see the petty spite and gross immaturity of TT’s supporters when they heard of the open letter and used it as an opportunity to leave spiteful and transphobic comments.

The editor and Chair of BACP have both made statements of apology for the Transgender Trend letter, but have remained silent on the one from Bob Withers who is a UKCP Registered Psychotherapist and member of the British Psychoanalytic Council – both organisations are signatories to the MoU, and I await his censure by those organisations.

It isn’t the first time the editor has been criticised for her lack of understanding of the field of counselling, and there have been numerous calls for her resignation. However, her appointment points to incompetence at the heart of the largest counselling body in the UK. BACP like to think of Therapy Today as a professional journal much of the content is behind a paywall, but the quality is severely lacking due to a lack of experience.  Both the COSRT and BPS journals are edited by  highly experienced professional therapists. However, many of my colleagues report dropping it directly into the recycling bin which is probably where it belongs!

I am pretty upset about tearing up my certificate as I used to be proud to be associated with BACP, but I’m saddened to say, those days are long gone.  I have found a much more welcome home with the National Counselling Society, who two years ago also made me a Fellow and last month appointed me Ambassador for Gender, Sexual and Relationship Diversity.