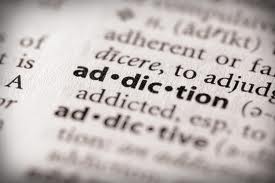 The official release of the DSMV has happened and there is more than enough material to begin a discussion upon. For Pink Therapy, the reframing of GID – Gender Identity Disorder  as Gender Dysphoria- seems a good decision, given the DSM needs to have this as a treatable condition for insurance purposes.  We’re hoping the WHO ICD committee will be bolder.

Something that has won our attention has been the debate that has raged over Hypersexual Desire Disorder (aka ‘sexual addiction’), and whether it can be advised to be a disorder.

The APA has, for the moment, left it out of the new DSM. It is worth clarifying Pink Therapy’s position on ‘sexual addiction’, which is that it is a not an appropriate classification for people who experience problems they find relate or stem from their sex lives.

The APA have said there was not enough evidence to suggest that sex, the thought of/act of etc, could be addictive in the way analogous with addictive substances (such as cocaine) or gambling. Therefore, it could not be included.

While sexual addiction (or hypersexual disorder) does struggling toward a definition at the best of times, it often requires that a person wants ‘it’ too much, sexual gratification. And that this wanting can make itself apparent in behaviours directly sexually or indirectly linked to sexuality.

There is a profound abundance of literature exploring these topics. Two of interest, both for the writers and as a means of comparison, are ‘Understanding and Treating Sex Addiction’, by celebrity relationship and sex therapist Paula Hall. The other is ‘The Myth of Sex Addiction’, by David Ley, a clinical psychologist based in New Mexico whose career has often dealt with issues of sexuality.

Hall’s book is, overall, an extremely negative take on sex, and provides case studies driven in trying to reveal the potential for sex to break apart relationships. There is a profligacy of models and labels for the different dangers posed by sex, and the routes to recovery, however the essential point comes across as time and time again as: deny your libido, or be subject to runaway lust.

While Hall herself might deny this claim (“no, that’s not the point, the point is: if your sex is destructive, then deny it”), it seems she offers only the correlative relationship between sex and ‘pathological’ (be always wary of that word) behaviour, and not causative.

Considering some things known of sex – that it releases torrents of happy chemicals into your body, that it establishes emotional intimacy with other people – Hall’s detailing of ‘symptoms’ of sex addiction such as ‘loneliness’ and ‘unhappiness’, seems to argue against more evidence-based understandings of our relationship with sex. She doesn’t once mention that, for many, sex can be a healthy coping mechanism for a stressful job or lifestyle.

Ley’s book offers these arguments, certainly, and more to the sex addiction conversation. However, the two key things this writer took out of the book from first read were: Western society takes a moral perspective on sex, which is often pathological (that is not to say only the West does this, however), and this has meant we find it easier to understand that something so evil as sex could be in fact unhealthy in real, diagnostic terms. The corollary of this is that we shouldn’t be too trigger-happy when labelling a behaviour as ‘bad’, especially when we know the benefits and importance of that behaviour (sex).